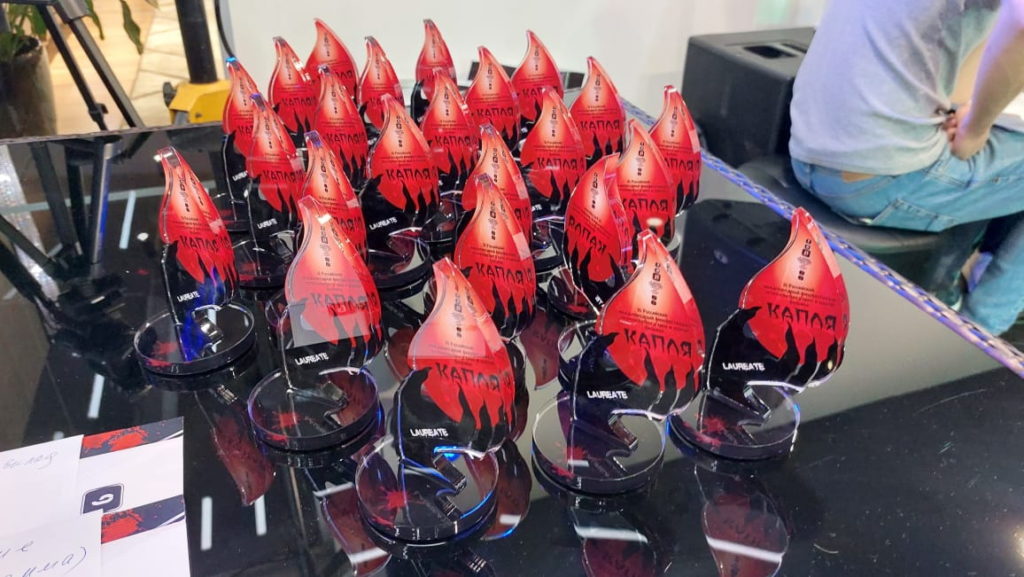 On 25-29 August 2021 Moscow hosted Russian International Film Festival of action and horror movies “Kaplya”, which was its already XI edition.

The competition programme of the festival was presented in Moscow cinemas “Pushka” and “Myagkij Kinoteatr”, as well as “MosKino Polet” and “Mir Iskusstva”. The winners received the cherished new-model statuettes, and also diplomas and valuable gifts from the sponsors. The committee members of this year’s edition of the festival were: film producer and actor Richard Cutting (USA), film actor Yuri Torsuev (Russia), Sophy Lauren double and film actress Lyubov Lapshina (Russia), film director, producer and cameraman Andrea Marfori (Italy, the film “The Claws of Evil”), screenwriter and make-up artist Paolo Mingoni (Italy), Hollywood actress, director and producer Elena Kornilova (USA/Russia), and also the organiser and programme director of “To Horror Film Film Festival” in Turin Alessia Gasparella (Italy). The festival had star guests of Russian as well as worldwide cinema. Along with competition showings in the aforementioned theatres, a star master-class took place at the “Lyudi Goroda” studio in the format of a Q&A session. “360MAX”, a virtual reality cinema, hosted an autograph session and “FOSTER CINEMA”, a VIP film theatre, the ceremony of awards.

THE PRIZEWINNERS OF “KAPLYA 2021” FESTIVAL ARE:

Special prize for the Russian contribution to the genres of action cinema in 2020:

The special prize for the international contribution to the genres of action cinema for 2020:

The competitive program of the festival:

The Best Script of the Year: Valeriy Pereverzev, “Brother 3”, Russia

The Best VR film of the Year: directors B Rich, Brian Shrank, Brian Andrews, the intro “The Eye Doctor of Death”, USA

The Best Short Film of the Year:

The Best Feature-length Film of the Year:

The best film distribution companies by the number of action films imported to the Russian marker in 2020: