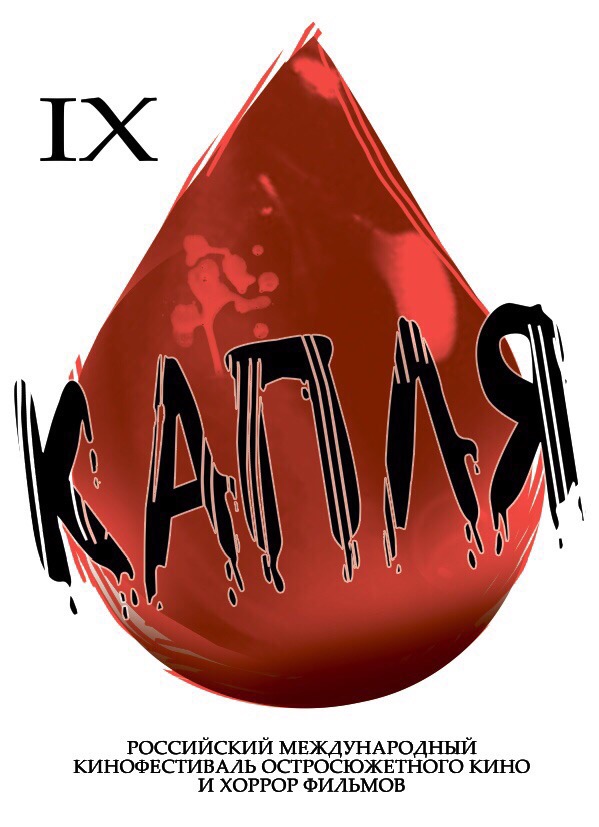 In the last week of March 2019, the 9th Russian International Horror Film Festival and Awards “DROP” will take place in Moscow, within the framework of which  a number of events is planned, which the production company Live Entertainment will present for the 9th year in a row. The film festival is a large international project and is held with the official support of the World Union of film festivals of high-concept and fantastic cinema.

Competition program of the festival of premiere horror films, action films, detectives, fiction and thrillers will be held from March 27 to March 31, 2019 in a non-stop mode in cinemas of “Chas Kino”, in the cinemas of “Boulevard” and “Mir Iskusstva”. From very morning till very night, viewers will be given the opportunity to see the best movies that came to the organizing committee of the festival throughout the year. The competition program includes both works by famous directors and beginners of the genre. Applications came from all over the world, so that viewers will be able to enjoy all the features of the multilayered genre of high-concept cinema from different countries. This year, in addition to the award-winning statuette, a diploma and valuable prizes, the winner of the competition program will also receive a cash prize and a certificate for TV showing of a movie.

From March 25 to March 31 in the virtual reality network VR PLACE (www.vrplace.club) everyone will be able to plunge into the world of unforgettable sensations, exploring the cosmic space and fighting with terrible alien monsters and hordes of zombies. Such an opportunity at a special discount price will first appear among the guests of the film festival as part of a special VR section. Tickets at a special price for this attraction will be available on the website of the VR center with a promo code “KAPLYA”.

March 30 at 18:00 in the Hollywood Film Academy on Novinsky Boulevard «Academy of Cinema Montparnas» (www.montparnas.ru) will host a press conference and a star master class in the Q & A convention format with the participation of ALL the star guests of the film festival. At the end of the question-and-answer session, viewers are awaited by a special screening of the full-length Danish horror “Final”.

In addition to the stars personally present at the festival, in their video messages with a welcoming speech, world cinema masters such as Fred Decker, Larry Cohen, Sergio Martino, Karl Jinny, Dieter Laser and others will address to all those present.

March 31 at 19:00 in the «Podsolnuhi Art» will be a solemn ceremony of awarding the winners of the film festival. The authors of the best films in the genre of high-concept cinema and thriller, as well as prominent figures of cinema art will rise to the scene: Max Davidson, Sergey Vasilyev, Andrei Kovalev, Alexander Savin, Alla Mutigullina, Zhenya Lepokurov, drummers from the band NIGHT BEAT (http://www.nightbeat.ru), rock band Haunted House, Goricvet Theater, cabaret freak and non-academic theater with performance “Freak show”. Immediately after the award ceremony of celebrity stars and foreign cinema stars, the audience is offered a buffet, a performance quest and an exhibition of predatory plants, as well as a super-premiere showing of the full-length thriller by Italian director Andrea Marfori and Victor Bulankin’s “The Quest of Fear”.

March 29 in the video game store DANDYLAND (dandyland.ru, st. Malygina 9, page 2) at 19:00 will be an autograph session from the star guests of the festival! Free admission.

Film Festival «THE DROP» is an open event, and it can be visited by all comers — fans of the genre and movie stars. Follow the news on the official website of the film award: www.horrorpremia.ru. Personal horror awaits you !!!

Tickets can be purchased at the box office of the festival from March 1!
Information about the cost of tickets:
Cost of 1 ticket for any 1 movie show: 200-300 rubles
Cost of 1 ticket for the Star Master Class: 2500 rubles (for preferential categories 2000 rubles)
Attendance ceremony: by VIP invitation or by ticket 400 rub
Attending an autograph session at a video game store: FREE

Official site of the film festival «THE DROP»: www.horrorpremia.ru
More information (Organizing committee of the festival): +7 495 724-05-93
Media requests for accreditation are accepted by email popenskov@mail.ru